Khuli celebrates 6 years since he predicted Reece was going big

Khuli Chana On The First Time He Discovered A-Reece. The best thing about taking pictures and archiving them is how one can pick them up and tell a story about them in the future. Khuli Chana has done that.Khuli Chana On The First Time He Discovered A-Reece
Looking back into the time he first met Areece, Khuli Chana expressed how the first time he saw him he predicted great things for him. 2014 Reece was only 17 but his talent was already showing flames, all that is proof of how he is ranked at the top as one of the best in the game.

6 yrs later,the boy Reece finally did it.We took this pic at his high school event on this day 30th March 2014. 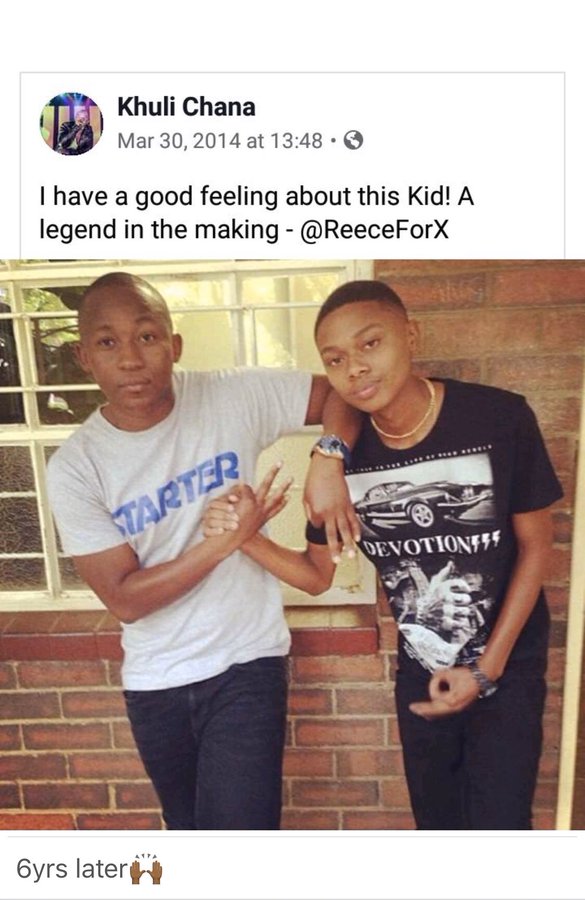